Bengaluru continues to see significant construction activity. A vast majority of these construction workers are migrant labourers.  Education of their children poses a challenge. Only a small percentage of the children of migrant labourers attend school, the rest remains out of school because of various reasons, they need to stay at home to take care of the younger siblings, or schools are inaccessible or simply they can’t cope up with schools having stayed out of school for prolonged time.

Though various NGO’s and government have been working to address this problem, it is a work in progress, any help is usually welcome.

It is with that premise, this initiative originated, asking the question:

“How can an ordinary citizen in Bengaluru contribute to the cause of the education of the migrant labourer?”

That question brought together a team of a set of likeminded people, with a desire to contribute something to cause of the education of the children of migrant labourers. The first lead to finding the answer was the “Every Child Counts Citizen Campaign” or ECC.  Inspired by the successful journey of ECC Pune, which has been working for the last five years with a similar objective, the team aligned to the goals and methodology set down by that campaign.

The goals and the plan to achieve the goals began to take shape. The short term goal was to pilot an ECC Clone in one location of Bengaluru. Haralur road, which borders the HSR layout, Hosur Road and Sarjapur Road, which has been witnessing a boom in construction activities was selected as the pilot location. Enrolling the out of school around two government schools of Haralur road thus became the primary objective of the campaign.

The campaign adopted the same structure ECC Pune had laid out.

As the citizen volunteers were not part of any NGO, the team choose to stick to the name of original – Every Child Counts – Bengaluru Pilot.

Given that the citizen volunteers had minimal experience in such surveys, the team approached for help, ECC Pune, Azim Premji Foundation and Gubbachi, all experts in this area.

Experts from ECC Pune were more than willing to share not just their experience, but also the toolkit required for the campaign. Gubbachi assured that if in case it emerged that there is a significant number of out of school children in Haralur road, they could potentially be the partnering NGO in the campaign.

Thus after an orientation session held attended by 11 citizen volunteers, the campaign kick started.  The citizen volunteers surveyed the Haralur area for 4 consecutive Sundays. Open source Android apps for surveying were also made available. The volunteers met with parents or relatives of children of the labourers.

The volunteers were received mostly warmly by the people. Their apprehensions would often ease out after a few minutes of conversation. Knowledge of local language became crucial to the success as majority of the people surveyed were from North Karnataka. Knowledge of Hindi, Telegu became useful too. The clusters surveyed ranged from decently organised labour camps by the big builders, to unhygienic chaotic shanties. Sunday 12.00 became the standard time for surveying the locations, as the team found the parents of the children being available on site for conversation.

Most of the parents were willing to send their children to school, provided some of the concerns were met. This included –

The initial survey was led by volunteers with prior experience.  The apprehension that whether novice citizen volunteers would scale to their level dissolved in the second week, where the first timers did a wonderful job of initiating and carrying on conversations with the labourers.  Though the number of volunteers dropped, the volunteers from the same locality continued the survey till it covered the target area. 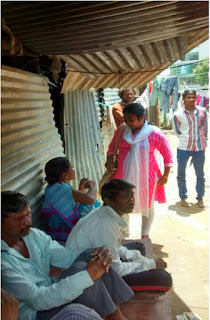 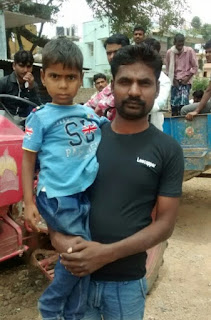 With 52 children identified in approximately 1 square kilometre, the first phase of the campaign achieved what it set out to achieve, a handful of volunteers completing the survey of the locality, identifying children in the age group of 6-10. The labourers found were mostly from north Karnataka, and the rest from West Bengal. 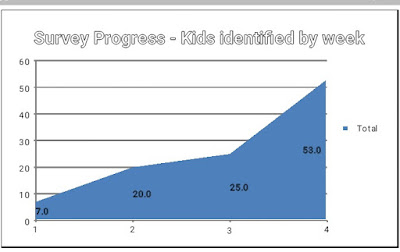 The campaign has now moved on to the next phase, evolve a plan of action along with Gubbachi.  The data thus collected have been handed over to NGO Gubbachi.  Therefore the campaign stands at a crucial phase, where without any funding, it has to solve problems such as setting up a bridge school, arrange for transportation, etc. The positive response from Gubbachi has kept the hopes of the team high so far. The team hopes that in the coming weeks, it will be able to address most of these challenges.